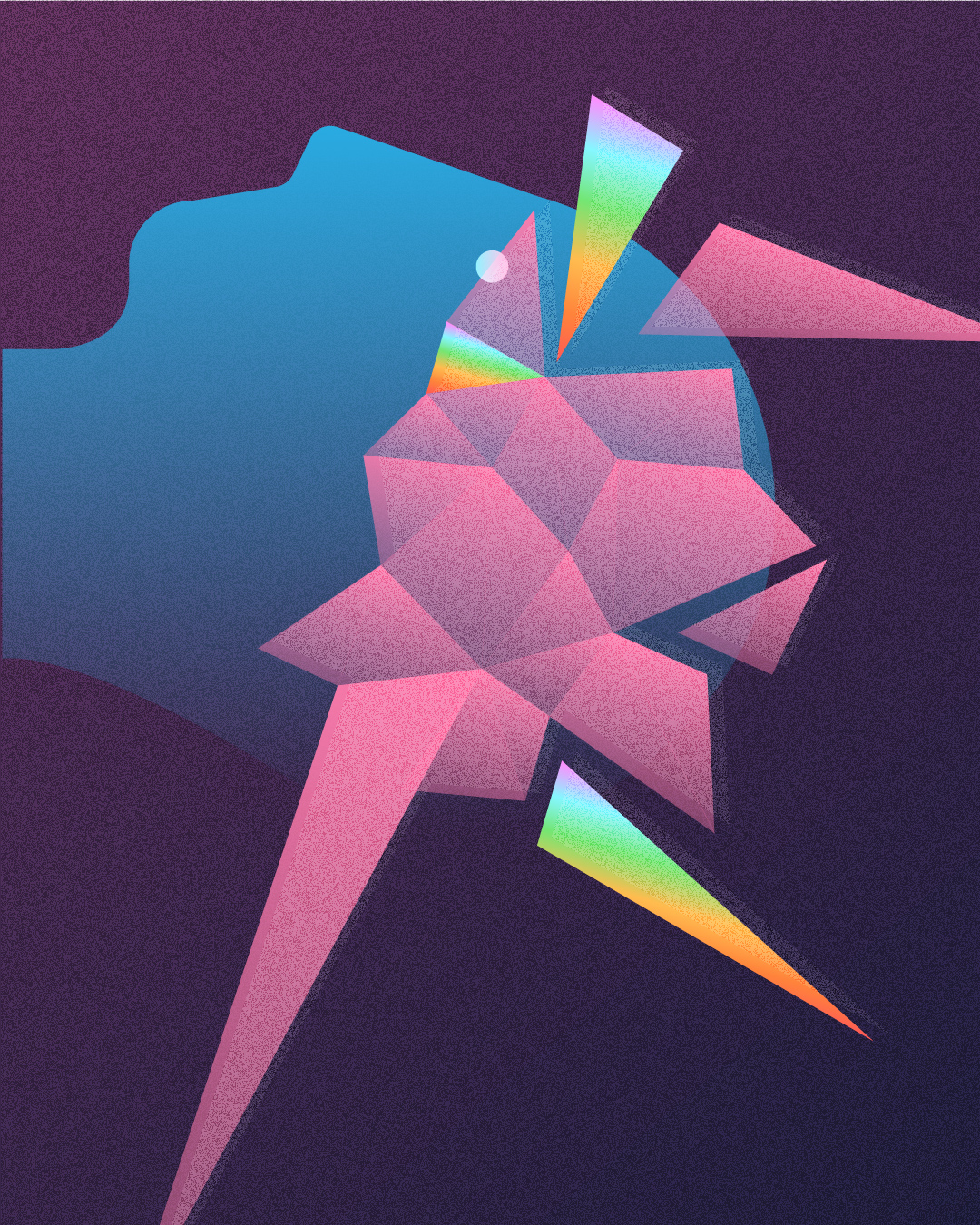 How PTSD changes your brain.

Comedian George Carlin started his bit, as he often did, with a discussion of language and how it can conceal reality. What once was called “shell shock”, an appropriately brutal-sounding term to describe pervasive trauma to a soldier’s nervous system during combat, eventually becomes a softer sounding “operational exhaustion.”  Then it morphs into the even more euphemistic “post-traumatic stress disorder.” The pain, Carlin says, is, “...completely buried under jargon.”

He’s right. And it’s ironic given that one of the key characteristics of PTSD is that the trauma itself is seemingly impossible to bury. It keeps bubbling to the surface. For those involved in a traumatic event - which can include being in a shootout, watching friends die, getting your legs blown off, being raped, being molested as a child, and other indescribably horrific experiences, the pain rears its ugly head over and over. As one sufferer describes it in a poem, “Somewhere, the buried rapes surface like sea-weed and drown the victim.” A rape victim describes it this way: “the sticky infection of guilt, shame and self-blame that has been stuck to my bones ever since the morning after.” Sufferers repeatedly relive the trauma during vivid nightmares and flashbacks. Research indicates that these are not just mysterious emotional phenomena, but a change in the way your brain works.

How PTSD changes your brain

According to research from the U.S. National Library of Medicine, when people experience trauma firsthand, brain function increases in the area that creates stress responses (i.e. the amygdala) and it decreases in the area that regulates emotional expression (i.e. the prefrontal cortex). In simple terms, the supercharged amygdala cranks up your stress and fear but the defective prefrontal cortex fails to inject rational thought, fails to control your reactions, and fails to predict the consequences of your actions as it normally would. You are a live wire.

“(With PTSD), the prefrontal control becomes defective, resulting in aberrant amygdala activation and deficits in emotion and behavior.”

– A study conducted in 2020 and published in Nature Communications.

Emotions like fear, anger, and sadness can come on strong and are frustratingly hard to control. Behaviorally, this can express itself as frequent combativeness, defensiveness, frustration, crankiness, or good ol’ fashioned anger. Without the help of the prefrontal cortex, it can be very difficult to modulate those emotions.

The prefrontal cortex isn’t the only part of the brain that is hobbled by PTSD. The hippocampus, which is involved in organizing memories, also goes on the fritz – creating the ideal conditions for those flashbacks and recurring nightmares. A certain sound, smell or accidental touch might trigger the traumatic memory and make you feel as if it’s happening again - right now. This activates your fight-or-flight mechanism and causes a flood of anxiety.

PTSD can also make you feel like you’re floating outside your body or watching your life from a distance. Often, people with PTSD will detach from people around them and eventually become estranged from their support system.

Research from Johns Hopkins revealed that 1 in 4 people who spent time in the intensive care unit (ICU) at hospitals suffered from PTSD. Women who experience childbirth trauma, such as losing a baby or giving birth to a seriously premature baby, can suffer from PTSD, as can people who’ve experienced the unexpected death of a loved one.

While not exactly violent, these are still serious traumas. Some people jokingly diagnose themselves with PTSD after run-of-the-mill misfortunes like being in a fender bender, getting caught in the rain, or having a rather nasty ingrown toenail removed. Considering the truly horrifying ordeals that people with PTSD have suffered, this is a callous and disrespectful quip. Please don’t do that.

How many people have PTSD?

PTSD affects approximately 3.5% of U.S. adults every year, and 70% of adults in the U.S. have experienced some type of traumatic event at least once in their lives. Tragically, women are about 2X as likely to have PTSD as men at some point in their lives.

Not everyone who lives through trauma experiences PTSD. In fact, most will not. A few factors might increase your risk for PTSD such as unresolved childhood trauma, being previously injured in the traumatic event, the absence of support after the event, additional stressors after the event (like losing your job or getting divorced), or a history of mental illness or substance abuse. 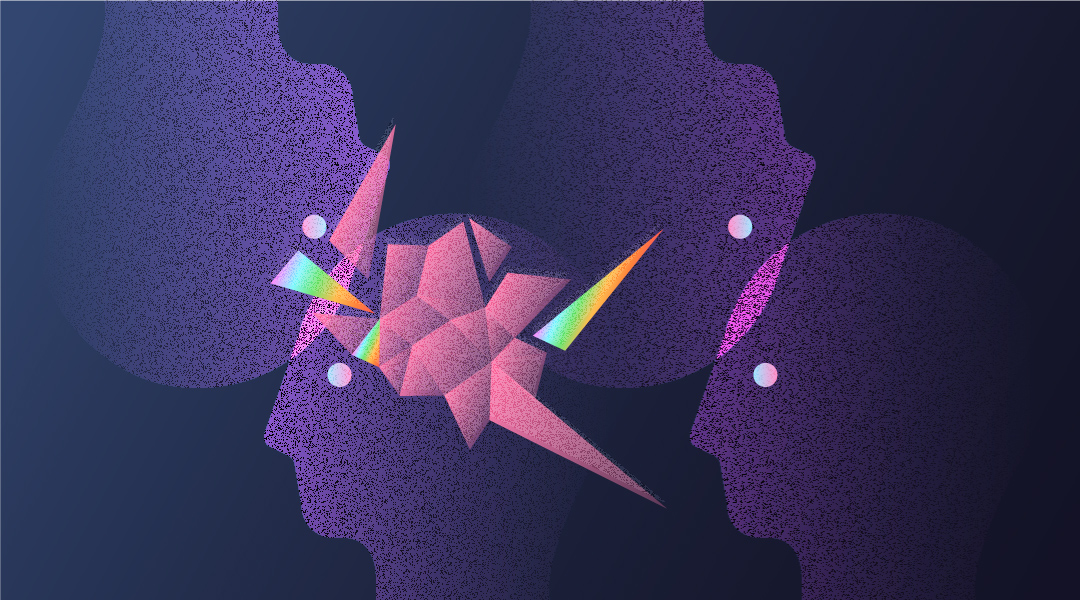 According to the National Institute of Mental Health, you must have all of the following for at least a month to be diagnosed with PTSD (explanations to follow):

Re-Experiencing Symptoms (one of these):

Avoidance Symptoms (one of these):

Arousal and Reactivity Symptoms (two of these)

Cognition and Mood Symptoms (two of these)

What to do if you think you might have PTSD:

First, deeply sorry for your trauma. That is awful. Secondly, this isn’t one of those “there’s-an-app-for-that” kind of situations – though, of course, there are apps for that. You’ll benefit from getting help from someone who has experience treating PTSD. While it can sometimes disappear on its own, it can also come and go in waves, last for years, and contribute to chronic pain, depression, substance abuse, sleep problems and getting fired all the time. So, you know, see someone.

Hotline: If you’re in crisis, call the 24-hour National Suicide Prevention Lifeline at 1-800-273-8255. For straightforward guidance about local and regional services set up to help you, call the Substance Abuse and Mental Health Hotline (SAMHSA) at 1-800-662-HELP (4357).

Community: There are places online that help support people who’ve survived trauma. The fact that they can be anonymous helps you feel like you can be honest and candid. The Mighty is one.

Psychiatrists: Getting better often involves a combination of therapy and medication. Brightside (not a Pinwheel client), offers a 12 week program with a personalized treatment plan including medication, therapy, or both. Starting at $45 a month, it’s pretty affordable, too. If you’d prefer to navigate the psychiatric landscape on your own, feel free to use the American Psychiatric Association’s searchable database to find a local psychiatrist.

Medications: Your psychiatrist might prescribe good ol’ antidepressants to treat your PTSD. The increased serotonin from these drugs helps you regulate the intensity of the signals in your brain when then gives you better control over your moods and emotions. Some claim that this is a myth while others swear by antidepressants. The science is ongoing.

Psychedelics: There is relatively new research suggesting that drugs like LSD and psilocybin are effective treatments for PTSD. They can help promote the growth of neurites, or the part of your neurons that actually carry information to other neurons. They also help with synaptic plasticity, which means the capacity for your brain to rewire itself. Basically, this means that psychedelics can improve the flow of new information between different areas of the brain and help your brain adapt to that new information.

Eye movement desensitization and reprocessing (EMDR): Invented in 1989, EMDR is a fascinating technique whereby you recall your traumatic memory (presumably out loud), which effectively moves it from your long term to your short term memory database. At the same time, you follow your therapist’s finger back and forth in front of your face. It’s so much information to process at once that the two activities start to compete for brainpower.  It’s this competition that causes the traumatic memory to lose its emotional charge and become less prominent in your mind. The session lasts about 90 minutes.

The last word… from a PTSD survivor:

“I wake up and make a plan for the day,

I imagine what I want in life…

I think of ways to get it.. To move on with my life.

And then it moves in…

Drowning out all motivation…

Whispering my insecurities to me…

Reminding me of my weaknesses.

The voices that haunt me from the traumas,

The cruel faces that penetrate my mind.

To live in a mind that's been tortured by their words...

To live in a body that's been dirtied by their hands…

To question if you can survive that day.

I may look like I'm walking steady, but every step is a stumble, barely dragging the other foot along.

Every breath comes out in a tense release, my shoulders always aching from their frozen position, my nerves always ready for the next blow.

I try to come back to the present, mindful that the trauma has passed,

But my body refuses to believe it, my mind playing tricks on my senses.

You think I'm not invested in my future…

Would you still judge my non-movement? My lack of motivation?

Would you still look at me as a weight...as if I'm too heavy to carry? Would you finally understand my pain?”

You are not alone.