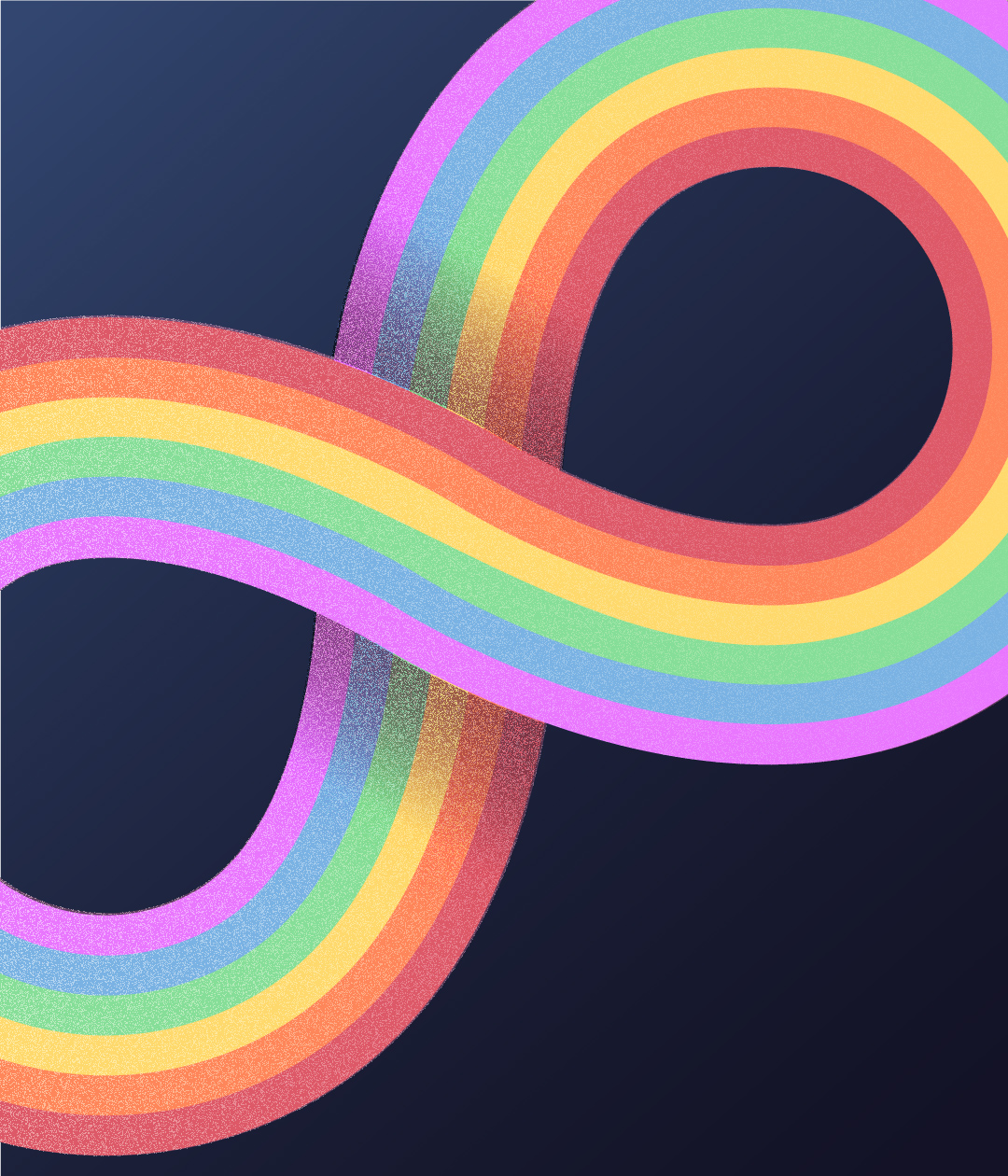 The many faces of autism

What it is and what is meant by the word "spectrum"

As a society, we have certain blind spots. Patterns of thinking that are so inexact as to be effectively wrong. One of those blind spots is around the concept of autism – a developmental disorder diagnosed in about 1.8% of kids (CDC). Since April is Autism Awareness Month, we at Pinwheel thought we’d lend a hand in shedding light on this blind spot.

What is autism? ‍

From a purely biological perspective, autism is characterized by differences in how certain parts of the brain form and connect to one another. Bigger hippocampus (spatial memory, navigation). Smaller cerebellum (motor control), nucleus accumbens (reward center) and (sometimes) amygdala (connections, social interaction). Thinner temporal cortex (ivisual memory, language, emotion). Thicker frontal cortext (future consequences). So how do all of these cranial abnormalities present to the world?

When people imagine autism, they picture actor Dustin Hoffman in the movie Rainman, memorizing the phone book and counting the number of toothpicks spilled on the floor in a millisecond. Limited in most ways, but brilliant at math and memorization. People like generalizations because these conceptual shortcuts cut down on their cognitive load. That’s why we love patterns. But the truth about autistic people is that there is no one specific type, no set pattern. Rather it’s a group of subtypes all with different combinations of traits and to different degrees. A spectrum. A very wide spectrum, in fact. Everyone with autism is a little different, and symptoms can range from subtle to debilitating. There is a saying in the autistic community, “When you meet one autistic person, you meet one autistic person.”

And that’s why autism is referred to as autism spectrum disorder (ASD). So when someone refers to someone else as “on the spectrum,” that’s what they are referring to.

What is the spectrum? ‍

The spectrum refers to that unique combination of traits and degrees to which people have those traits. Some of the traits might be related to social communication and interaction, like avoiding eye contact, not registering what someone else said or talking about a favorite subject without noticing that their audience is tuning out. Others might manifest as very specific interests, like the 1972 Miami Dolphins, or repetitive behaviors, like saying a particular word or phrase over and over. Autistic people tend to be lovers of routines and rituals and often insist on sameness. One of these traits might be very noticeable while others are a bit less perceptible. It’s a complex, pattern-defying array of patterns.

For extra excitement, there are various conditions that overlap with autism like epilepsy, sleep disorders, language delay, attention deficit hyperactivity disorder (ADHD), anxiety, obsessive-compulsive disorder or depression. Most of these interact in some way with autism, creating upward and downward spirals. For example, getting better sleep can reduce repetitive behaviors and the reverse can also be true.

If a parent suspects their child may be autistic, they have likely put their child through the MRI machine. Brain scans can often reveal whether someone is on the spectrum. If the person is an adult, they can fill out the Simon Baron-Cohen’s Autism Quotient questionnaire. 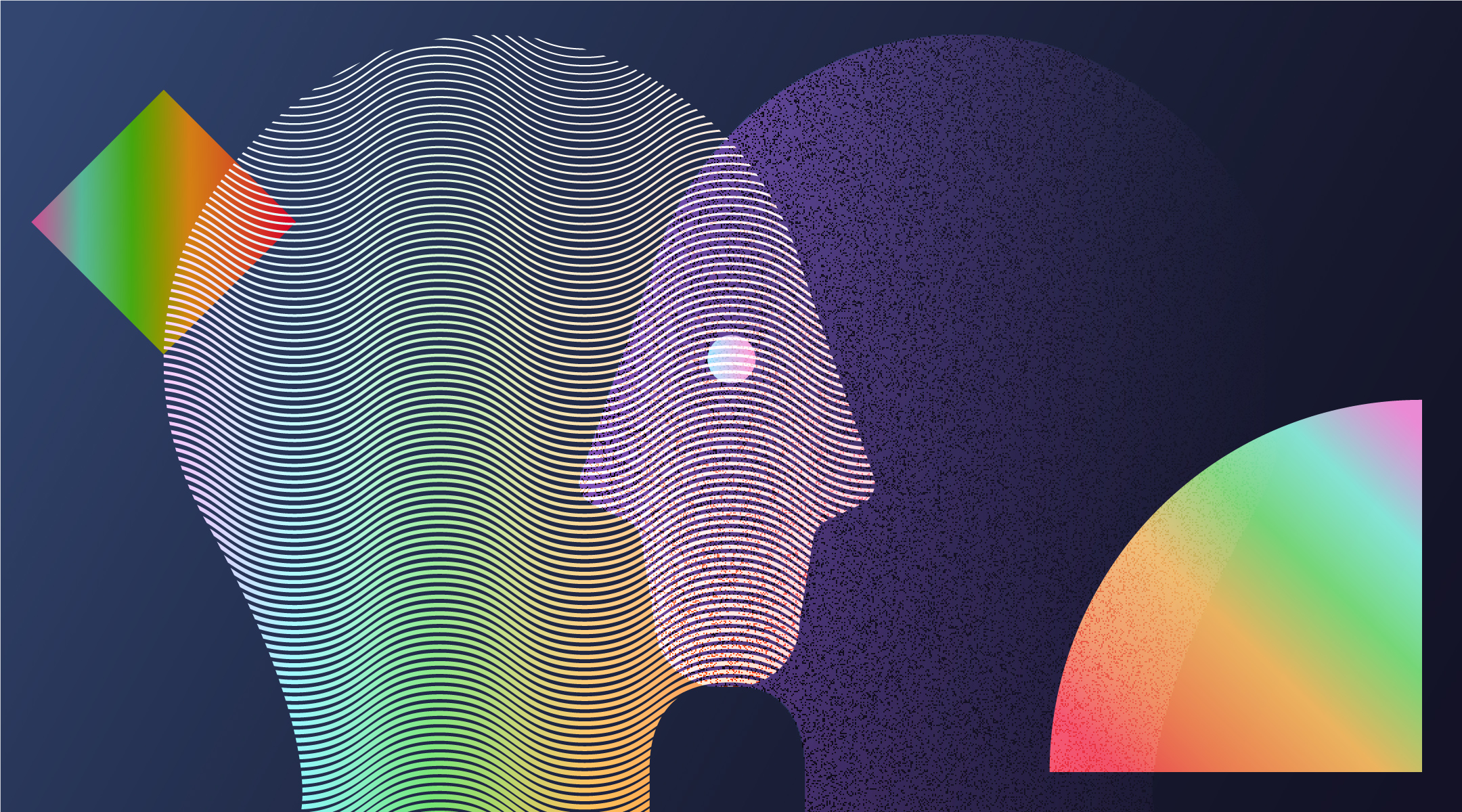 Genetics, mainly. But it’s not like an autistic person has “the gene” for autism. There are over 100 genes implicated in autism and many of them are the same genes implicated in schizophrenia, ADHD, epilepsy and other neurodevelopmental conditions. None of these genes is considered autism-specific at this time.

There’s a popular conspiracy theory, one perpetrated by former President Trump in fact, that vaccines can cause autism. A multitude of studies done by the Institute of Medicine as well as the CDC have proven this theory false. The original notion that autism could be caused by vaccines was suggested by researchers in the late 1990s, but even they admitted there was not enough data to make that conclusion. But in our convoluted, bullshit-rich information environment, conspiracy theories are like herpes. They never really go away.

When does autism go away?

One doesn’t outgrow autism and there is no “cure.” It’s a lifelong condition and plenty of functional adults are on the spectrum. You might have heard of some of them.

One of the most common forms of autism therapy is ABA (applied behavioral analysis). Autistic children are put in ABA therapy often from the moment of diagnosis, working with a therapist for anywhere up to 20 hours a week. The goal of ABA is to reform habits and behaviors so autistic children can assimilate better into the neurotypical world. There is a lot of controversy surrounding ABA therapy within the autistic community - with many autistic adults reflecting back on their time in ABA therapy as abuse. For many autistic people, being forced to do things like make eye contact or sit in one place without moving can cause actual physical and mental pain.

There has been some intriguing research into the use of oxytocin as a treatment for autism. Known as the “love hormone” and the “moral molecule,” oxytocin is a neurotransmitter associated with empathy, trust, sexual activity, and relationship-building. According to both human and animal studies, oxytocin may ease some of the social difficulties and anxiety symptoms characteristic of autism. It’s a little early to tell if this is true, but research is ongoing.

Is autism a disorder in the truest sense of the word?

Depends on how you look at it. People refer to autism as “autism spectrum disorder,” so clearly it’s considered a disorder by the scientific and medical communities. The experts tend to define disorder as, “...a set of problems that cause significant difficulty, distress, impairment and/or suffering in a person's daily life.” Autism does appear to tick many of those boxes.

But the question is, do autistic people experience those things because the rest of the world is simply unfriendly to their way of thinking? Perhaps it’s more exact to think of a disorder as a failure of some internal mechanism to perform its biological function. That’s what Jerome Wakefield, professor at NYU, seems to think. Since autism presents itself through behavior, perhaps it’s just a socially disvalued way of being - not a true disorder. Perhaps it’s just not neurotypical. Perhaps we should think of autistic people as people who see and experience the world differently than neurotypical people do.

What should non-autistic people understand about autism?

Autism does present people with serious challenges, but it’s not all stumbling blocks and tantrums. Autistic people are in the world differently than others. As such, they have the gift of seeing things that the rest of us don’t or can’t see. They look at the world through different prisms. And that’s a gift that we’d be wise to take notice of and appreciate. Because it’s precisely the ability to see the world differently, unencumbered by thought patterns of the masses, that often leads to innovations and epiphanies. Perhaps that’s why high-profile companies are starting to actively recruit more neurodiverse individuals.

There’s also something truly beautiful and refreshing about the absolute straightforwardness of autistic people. They don’t do passive aggression, hidden agendas or sarcastic undertones. They are WYSIWYG. Purely honest. And, frankly, it’s hard to imagine a better thing to be in this bullshit-soaked world we live in.

The net takeaway for neurotypicals?

It’s not easy to be different in our society. In fact, it’s a hell of a slog. And autistic people are often left out and left behind. The most important takeaway for people is that the autism community is not a monolith; there are nuances and differences along the spectrum. Be understanding. Be patient. Be accomodating. Ask, listen, and don’t assume that you can speak for the community. Just because someone is autistic does not mean that they are not capable.