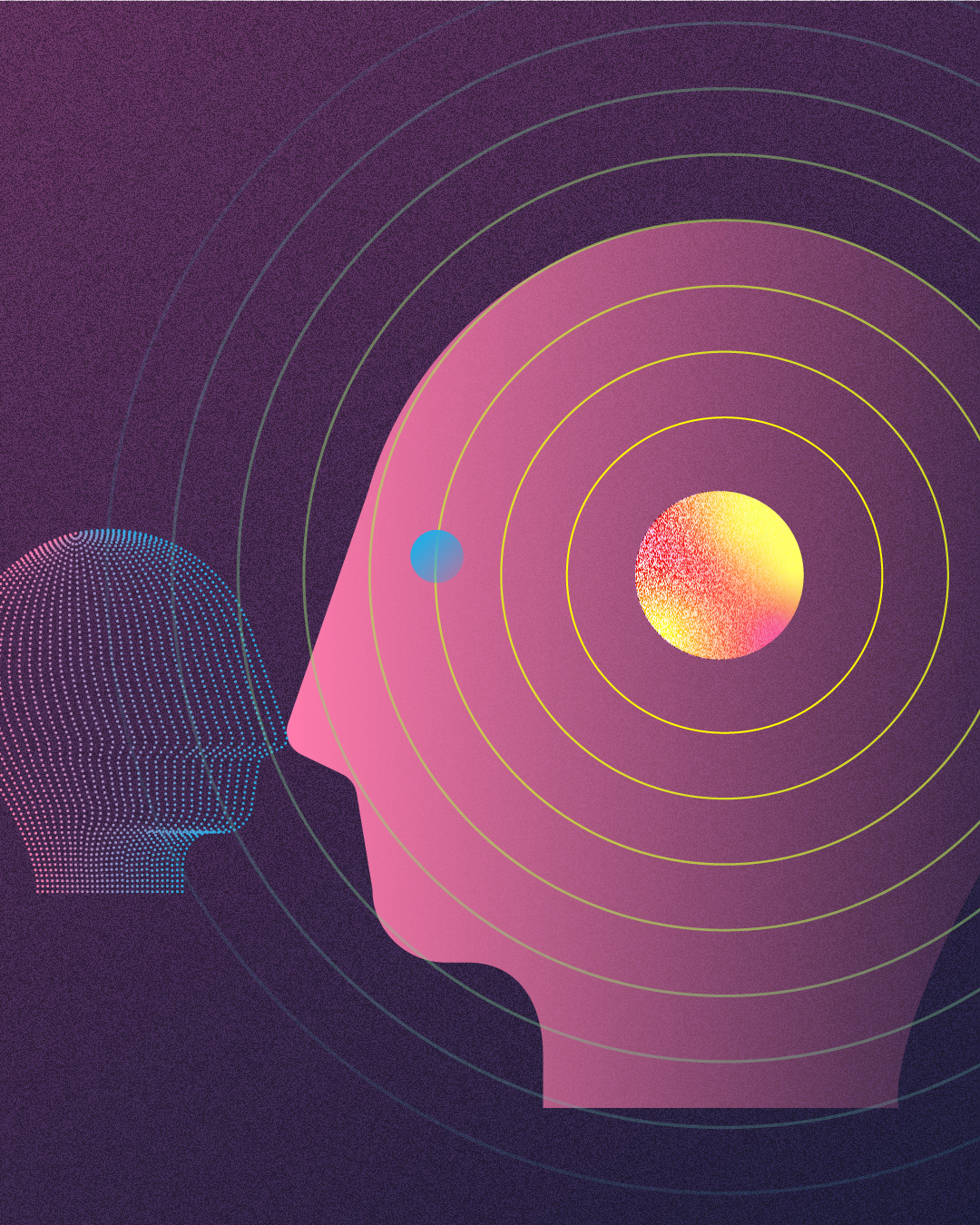 Please raise your hand if you have received a marketing email with a disembodied cheerleader-sounding subject line like these in the past few weeks:

The new year always brings a hailstorm of marketing messages evangelizing the gospel of “New Year, New You.” It’s almost as if companies treat your desire for self-improvement as an opportunity to profit. (Yes, this is sarcasm. Of course they do). In fact, in the fitness and wellness industry, January is referred to as “Holliday 2” – a not-so-subtle nod to the fact that New Year’s resolutions are a huge revenue generator.

That isn’t to say that positive change can’t come out of a good old fashion January 1st promise to yourself, but you should be the driver, not an aggressive retargeting campaign. In short, we think there is a healthier way to get healthier and it all starts with understanding habits.

We’re only on this planet for a speck of time before we have to relinquish our atoms back to the universe. So, with every passing year, we try to do a slightly better job of prolonging it than we did the year before. We use the clean slate of a fresh year to shed all of our nasty habits in one go. “This year I’ll quit desserts, cut down on alcohol, stop binging TV shows, get to bed early, learn tai-chi and stop gambling away my kid’s college fund.” Easy enough, right?

Wrong. The truth is that quitting or starting even one habit represents a significant life change. And that’s partly because habits are complex ecosystems made up of triggers (aka cues), impulses, stories we tell ourselves, interdependencies and deeply ingrained patterns. So cutting, adding or changing a habit is hard, hard work.

Let’s take that alcohol habit. You might have one or more days of the week where you regularly throw back a few (okay… five). You also might have certain kinds of occasions where you usually drink, people you normally drink with, stressors that make you want to drink, a kind of drink that you crave, the bliss you feel after your third (fourth, fifth, sixth) drink when all your anxieties melt away, and a long-held belief that drinking is part of the enjoyment of life. These factors are all part of the habit ecosystem and they’re all working together to keep you IN the current pattern. Getting out of that pattern for good and reestablishing a healthier relationship with alcohol, well, that’s a bit of a slog.

Habits are like behavioral cement. You can break and reformat them, but it’s work. Hard work. So when we put too many goals on our punch-drunk list of new year's resolutions and assume that hitting them will be as easy as making that decision, we’ve set ourselves up for failure.

The first step in getting out of an undesirable habit loop is noticing that you’re in a habit loop. And part of that is taking stock of all of the factors that are conspiring to keep you in that habit loop. The cues, the belief system and stories you tell yourself, the unwitting conspirators — all of it.  You could even diagram it using this rubric here: 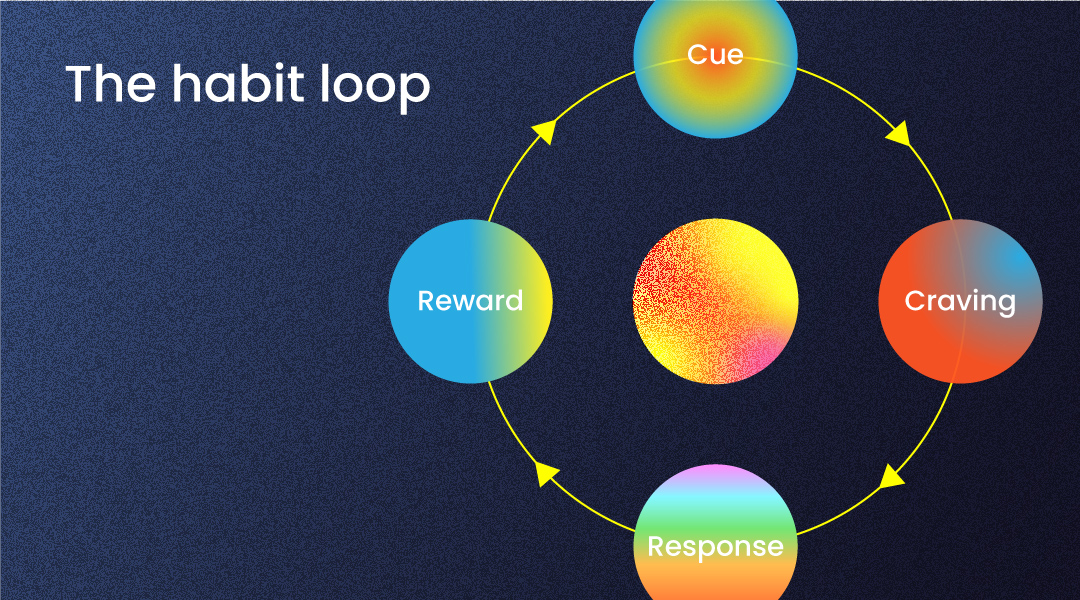 Your brain runs through this pattern each time. A cue can be anything: the sound of a slot machine, the sweet smell of hops, the sight of your nephew doing one-armed handstands, whatever, etc. What's important is that you've attached a thought, feeling and/or emotion to the cue that indicates that there may be a reward in the offing. Your mind is always looking for cues that might predict a reward and thereby trigger a craving. The craving is really the driveshaft of every habit. What you crave is not the habit itself but the reward - the change in state that the habit delivers. You don’t crave a cigarette, you crave the feeling of relief you get from it. The response is the actual bad behavior that you want to change.

Once you understand the structure of your habit, then it’s time to pull out the psychological sledgehammer and break the concrete that forms those habits. Change the patterns. Substitute a different reward. Change your thoughts about the cue. Whatever it takes.

Now that we understand the psychology of habits let's look at why we so often fail at making these behavioral changes.

Dan Ariely, Professor of Psychology and Behavioral Economics at Duke University has dedicated his life to understanding why, despite our best intentions, we consistently make bad decisions.

One of the more practical and actionable concepts he talks about is the idea of “ego depletion.” It’s the idea that willpower (aka self-control) is both a finite resource and a muscle that needs to be trained to get stronger. Every time we make a hard decision - to get on the treadmill instead of sitting on the couch, to go for the Waldorf salad instead of the spicy pad thai - it depletes our willpower.

But it’s not just those hard decisions that chip away at our willpower. It’s also the stress we experience in our day-to-day lives: the boss on our case, the deadline that will not budge, the crazy kid schedules we need to keep up with, the social media flame war. It’s all exhausting. And the more stressed and taxed we are mentally and emotionally, the harder it becomes to choose options that won’t make us immediately feel better.

People rarely quit their diets on a Monday morning when they are rested and rejuvenated. It’s typically on Friday night that they eat half a pizza and a six-pack because the “muscle” they have to regulate this behavior has been banging out big reps allllll week.

So what should you do when you slip?

The importance of self-compassion

You’re going to screw up. We all do. The road to habit change is never a straight path. So prepare yourself and decide what you’re going to do when that triple-cheeseburger-sized temptation collides with a moment of depleted willpower and you just can’t say no. Are you going to throw up your greasy and deliciously lickable hands and proclaim that your new year’s resolution is officially screwed now? Or are you going to treat that as a momentary setback on your path to a new, healthier habit?

The goal, in other words, is not to get straight A’s in habit change. It’s to be the person who studies every single day. And this mindset requires a little bit of self-compassion. In fact, researchers at the University of Rhode Island and the University of Memphis conducted a study that found that self compassion helps people recover from failure and increases resolve. And it suggested that self-compassion is an important part of developing a growth mindset - or the mindset that you can, in fact, change and grow.

Another study conducted in 2017 points to the idea that self-compassion makes you want to live a healthier lifestyle generally because it helps you reduce the stress that depletes your willpower. So when you inevitably pour yourself a Big Gulp-sized glass of “Fuck it”, give yourself a break and resolve to do better next time.

Because feeling bad can lead to failure.

So now that we understand how habits really work, how do you cultivate real change? Here are some tips:‍

So yes, the new year can feel like that blank slate you’ve been waiting for to make lasting change. But it’s always a great time to change a bad habit. And while habit changes are very hard to make on your own, it is possible if you understand how they work, have a plan, hold yourself accountable (compassionately), and have some people around to support you.

At Pinwheel, we’ve really enjoyed working with companies like Seven.me, Most Days, Livongo, Teledoc, PlayPulse and others on their mission to help people improve their habits and get healthier so they can live longer, more satisfying lives. This is the kind of work that gets us up in the morning (at precisely 6:30 am every day).

Let’s take this outside