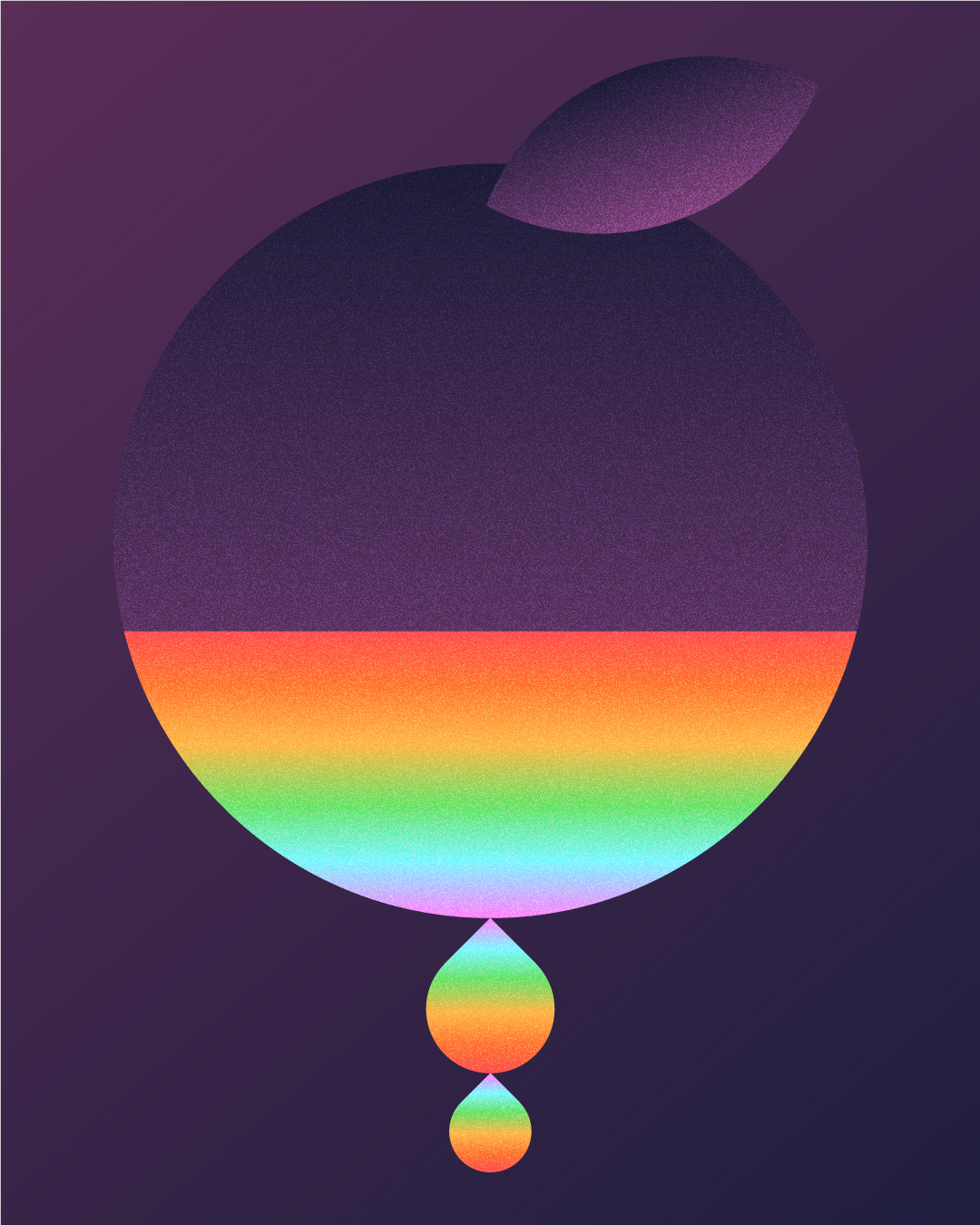 How our food became less nutritious over time.

Let food be thy medicine and medicine be thy food.

In the days of yore, it was simple. Farmers would grow crops, harvest them and take them to market to sell. But that became a tough row to hoe. While heavily subsidized, these small family farms spent decades in steep decline – struggling and failing and struggling and failing. Between 1935 and 2012, we lost 67% of all farms in the US. At the same time, the size of farms increased until, eventually, our food system transformed into a centralized industrial “agri-business.”

Today, bringing food to market can involve a near-endless parade of microbiologists, chemists, engineers, agronomists, biotechnologists, material scientists, economists, behavioral scientists, sensory scientists (aka tasters) and food technologists. Then there’s the regular cast of conglomerati like marketing, human resources, logistics and so on.

These big corporations have a much different mindset about growing and making food than ‘ol McDonald. They’re not merely trying to earn an honest living, raise some sturdy kids and pass the farm down to the next generation. Like all big companies, they worship at the shrine of shareholder value and pray for a hockey stick of steady growth. Now we’re all eating that hockey stick. Sorta.

Farms: where profits are grown

As farming became big business, we started to see an increase in the use of chemical fertilizers designed to increase crop yields. Lots and lots of nitrogen. The crops flourished. However, as it turns out, crop yields and nutritional value are inversely linked. Bigger crops = less nutritious.

For example, wheat grown today has half the protein that it did 100 years ago and broccoli has one-third the calcium than it did in 1950. As a 2004 landmark study put it, “We suggest that any real declines (in nutritional values) are most easily explained by changes in cultivated varieties between 1950 and 1999, in which there may be trade-offs between yield and nutrient content.” Translation: “profit over health.” The research found that 130 varieties of plants and more than 15,000 samples collected from experiments over the previous three decades, the overall concentration of minerals like calcium, magnesium, potassium, zinc and iron had dropped by 8 percent on average and that the ratio of carbohydrates to minerals was going up.

Research from the DC-based Council for Responsible Nutrition claims that most Americans fall short of the average requirements of many nutrients.

Incidentally, not everyone is a fan of this theory. Some take issue with the study, saying that changes in data sources, crop varieties, geographic origin, ripeness, sample size, sampling methods, and lab analysis affect reported nutrient levels. Others disagree about whether the decline in nutritional values is significant enough to impact human health. Still others point to the relatively robust nutraceutical industry and nutrition-enhanced GMOs. Needless to say, It’s hard for us regular eaters to parse all of these competing arguments and come to a conclusion about the healthfulness of our foods. But it’s something to keep an eye on and stay curious about.

Also important to note: buying organic doesn’t net you more nutrients. Also surprisingly, there’s little evidence that GMOs have fewer nutrients than non-GMOs (though they can increase your exposure to harmful toxins).

Science and technology have enabled lots of positive changes in the food business. Drones help farmers keep a closer eye on their crops. Sensors can analyze soil content in real time. Apps are minimizing food waste. But they have also helped us manipulate our food in ways we shouldn’t. The healthy part of wheat, for example, is the bran and the germ. So of course we remove them with automated steel cylinders and gobble the yummy, white, carb-y stuff which then turns to sugar. It's great for the producers because people love it and it can last on the shelf indefinitely. But highly processed foods like this are missing the nutrients that fresh produce and whole grains once provided.

Acknowledging their lack of nutritional value, some food makers spike their little bundles of joy with synthetic vitamins and minerals, but evidence shows these are poor substitutes for the nutrients one would get from real food. Worse, fortified foods make it easy to overdose on vitamins. 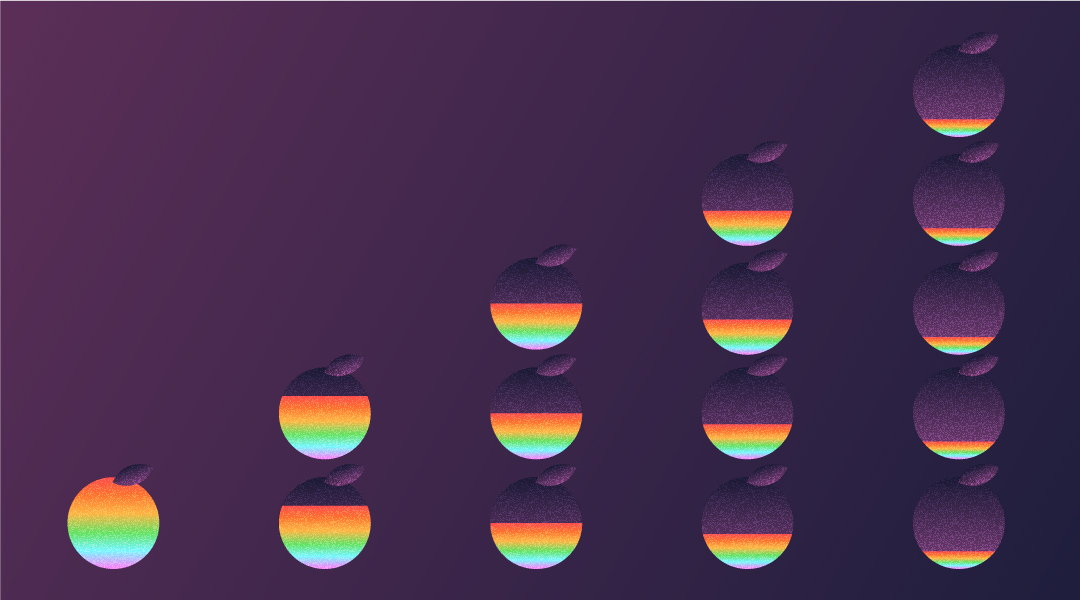 If you love hockey stick growth charts, you’ll get a real kick out of the one on CO2. To summarize: carbon dioxide levels today are higher than at any point in at least the past 800,000 years. The plants love it, but elevated CO2 has been shown to drive down protein and important minerals like calcium, potassium, zinc and iron.

It may not sound like a big deal to Americans, but these declines in essential nutrients could lead to deficiencies in people in places like India and Bangladesh. Nearly 2 billion people in the world already suffer from a thing called “hidden hunger.” In other words, malnutrition caused by a lack of micronutrients in their diet. They’re getting the calories they need but are starving for vitamins and minerals. On top of that, climate change is causing droughts and flooding which threaten stable food crops all across the world - further endangering human health.

Restaurants: we’re eating out WAY too much

Cooking is tiring, everyone’s too busy for it and restaurants are convenient. The portions are big, the food is delicious and the kids don’t complain (as much). So it’s no surprise that Americans are spending more than half (53.8%) of their food budget on restaurant food and getting 20% of their calories there. That’s 20% more of their budget than they were spending 50 years ago, and the trend is only going up. Our health has suffered from it.

A recent study analyzed the dietary selections of more than 35,000 U.S. adults from 2003-2016 and found that between 70-75% of fast food meals consumed were of poor dietary quality and 50% of full-service restaurant meals were of poor nutritional quality. Dariush Mozaffarian, the study’s lead author, notes, “Our findings show dining out is a recipe for unhealthy eating most of the time.” This has had a significant impact on our waistlines.

What should you do?

The food we eat is one of the leading causes of poor health in the country. Yet, for the most part, it’s something that individuals can control. Journalist and author Michael Pollen’s mantra is a good, memorable way to live: “Eat food, not too much, mostly plants.”

This comes down to a distinction between packaged foodstuffs and natural food. Many of the best foods only have one ingredient and can be found in the vegetable section at your local grocer. Most packaged, canned or restaurant foods have been heavily manipulated and are loaded with too much sodium, sugar, corn syrup, trans fats, (sometimes poisonous) chemicals like BPA, and other artificial ingredients. They often lack the fiber and nutrients that your body craves. These food-like items taste delicious and can be addicting (by design), yet they don’t completely satisfy our hunger. So we gorge ourselves on them and wind up overfed, overweight, and chemically unbalanced as a result. What our bodies truly crave is food items that grow. The fewer ingredients the better, and preferably words that you recognize, like lemon juice and chicory extract. Not carageenan, maltodextrin and such things.

Scientists have been investigating the quantity of food we eat as a factor in lifespans. What they’ve found is that restricting caloric intake while maintaining the number of nutrients may prolong life. Until recently, however, nobody knew why.

A relatively new theory suggests that reducing caloric intake can slow the changes that your body makes to the way your genes are interpreted and expressed. These changes happen throughout your lifetime and are referred to as “epigenetic drift,” which is characterized by changes in the activity of a DNA segment. The more epigenetic drift you have, the faster your age and the sooner you die. “The impacts of calorie restriction on lifespan have been known for decades, but thanks to quantitative techniques, we are able to show for the first time a striking slowing down of epigenetic drift as lifespan increases," says Jean-Pierre Issa, MD, Director of the Fels Institute for Cancer Research at LKSOM, and senior investigator on the new study.

Pennington Biomedical Research in Baton Rouge conducted a small clinical study to look at whether a 25% reduction in caloric intake might contribute to healthier aging in humans. And it did. Tests showed changes in metabolism and body processes mirroring those that have been linked to longer life span in animals and people. It also showed a significant reduction in oxidative stress, or damage to the cells.

“Great,” you’re thinking, “but cutting calories by 25, 30 or 40% over the long term is incredibly difficult.” It is, but maybe it’s just a matter of not eating “too much.” Researchers from the Department of Biochemistry and Cell Biology at the University of Rzeszow in Poland state that, “…it’s not that calorie restriction prolongs life, but that the excess of calories shortens it.” Robert Melamede, a Ph.D. who studies in Molecular Biology and Biochemistry agrees:  “…the general quality of the living system is destabilized by excess energy production, which influenced the rate of senescence and longevity.”

It should be possible to eat less than we currently do, or simply not eat “too much” if we tweak some of our eating habits. Processed foods are chemically engineered to be both delicious and addictive. Restaurants serve dishes that are, in fact, multiple portions. Carbs can be addictive. Plates are too big. We eat thoughtlessly, impulsively… and quickly. We squeeze it in between other activities.

Hacks to help you start eating less include using smaller plates and bowls, chewing each bite until it has the consistency of baby food, and eating more protein and fiber. Also, try to memorize what real portion sizes look like. Veggies should be the size of a baseball, cheese should be no more than four dice, and meat should fit into the palm of your hand.

The emphasis here is on the “mostly.” Variety is good, and meat, dairy and grains have their place in a healthy diet. But think about it like this: cut your plate in half. One of the halves should be veggies. Now cut the empty half in half again so that you have two empty quarters of a plate. One of those empty quarter spots should be filled with meats and/or other proteins and the other should contain grains (the less processed the better).

The bottom line is that if you care about your health, then the number one thing you can do to get and/or stay healthy is to put MORE of the nutrient-rich healthiest stuff in your body and LESS of the additive-infused unhealthiest stuff. It also means buying local when you can, preferably from the remaining family farms.

The dangers of being pregnant in America