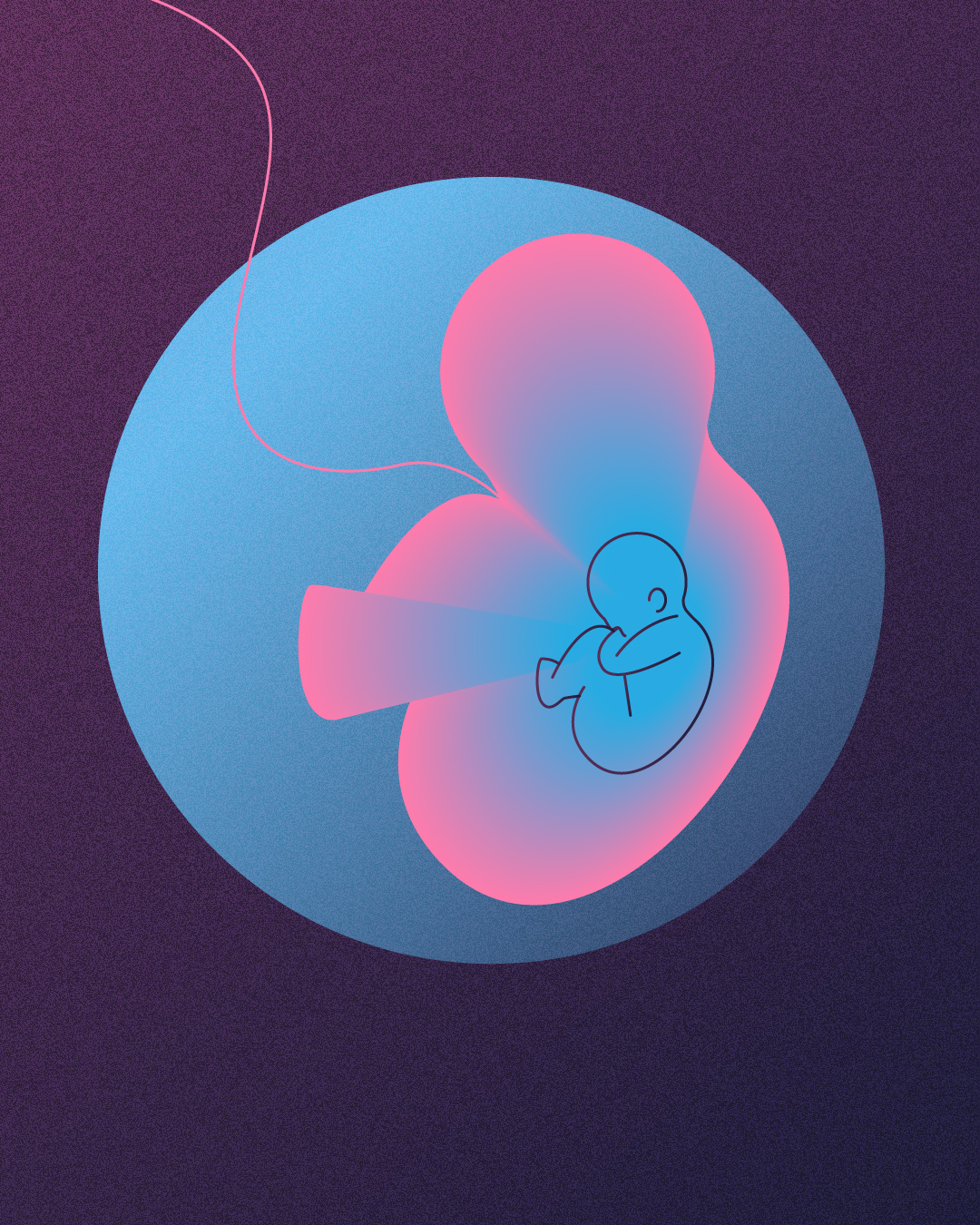 The rising cases of premature birth

Premature birth can come out of nowhere. One minute… you’re a happy twenty-three week pregnant woman and the next, you are lying in a hospital bed being told to stop crying and calm down or your baby will be born before they are viable. Now, being told to stop crying and panicking when your world is falling apart never works well. Seriously, have you ever tried to tell an upset woman (let alone an upset pregnant woman) to calm down and have it work? Didn’t think so.

For most people, they have no preparation for what a premature birth will mean. We are all taught about full term birth, the importance of a birth plan, those sweet first few moments when your baby is placed on your chest, etc. But we really never prepare for the holy-shit-my baby-is coming-at-twenty-four-weeks-what-now moment. Considering how common premature birth is in this country, that is a little surprising.

Prematurity by the numbers

1 in 10, or 380,000 babies were born premature in the United States in 2020. If we take a more global look, the number becomes even more staggering: 15 million babies were born too soon worldwide in 2020. Of those babies, an average of 1 million will die due to complications of preterm birth. Those that survive may face a lifetime of disabilities, including learning disabilities and visual and hearing problems.

Where are we seeing the majority of preterm births?

60% of preterm births occur in Africa and Asia, with India having the highest number of preterm births, followed by China, Nigeria, Pakistan, Indonesia, and (surprise!) the United States. Yes, that means the US ranks 181 out of 185 in preterm birth outcomes.

The poorer the country, the higher the preterm birth rate, with an average of 12% of babies born too soon vs. 9% in higher income countries. But this rule doesn’t apply to the United States, the 5th wealthiest country in the world in terms of GDP per capita.

What’s going on in the United States?

In the United States, where you live matters when it comes to preterm birth. The March of Dimes has recently released a report card on the health of moms and babies across the US. They looked at the statewide preterm birth rate, infant health and mortality, and racial breakdown of the data. They even looked at the data from a city and county level. Nineteen states/territories got a grade of D or lower, meaning the average preterm birth rate is 10.4% or higher. Only one state, Vermont, received an A, with a preterm birthrate of 7.6%.

One of the major findings from this report is that racial and ethnic differences in preterm birth rates remain a major problem in the United States. In 2020, the average rate of preterm birth in the US is 10.1% however for African-American women it was about 50 percent higher (14.4%) than the rate of preterm birth among white or Hispanic women (9.1% and 9.8% respectively).

What is preterm birth?

Preterm birth is defined as babies born before the 37th week of pregnancy. There are three sub-categories of preterm birth, based on gestational age:

The survival statistics for a baby born prematurely*:

* One note, these statistics change when you look at gender, as males have a higher mortality rate than females.

Premature birth falls into one of two categories:

Let's look at the provider-induced ones first

There are four categories these types of preterm birth fall into:

It is hard to believe that anyone would deliver a baby early by choice, but it does happen. Most of these births are closer to 37 weeks, so the babies might not need to be hospitalized in the neonatal intensive care unit (NICU). If you have a choice, keep baking that baby until fully cooked.

The majority of deliveries that are provider-induced are the result of medical necessity. This can range from preeclampsia (dangerous maternal high-blood pressure) to infections.

Much less is known about this category of preterm birth. Many factors come into play. These are just a few of the known causes of preterm labor:

According to the Cleveland Clinic, an incompetent cervix happens in every 1 out of 100 pregnancies. If caught early, your doctor can do a cerclage, where a stitch is sewn around the weakened cervix to help prolong your pregnancy.

Multi-fetal pregnancy: According the National Institute of Health, the average gestation time for multiple pregnancies is:

‍Maternal Age: As more women are delaying starting families, there has also been an increase in the number of preterm births and studies show it’s due to their advanced age. Once again, a medical term that is also insulting, as advanced maternal age is considered over 40.

Women over 40 tend to have a much higher rate of chronic hypertension – almost triple that of women 30-34 years of age – and are twice as likely to have gestational diabetes. They also have a greater risk of pre-existing diabetes, fertility treatments, invasive procedures, placenta praevia and obesity.

Access to prenatal care: According to a 2020 report from the March of Dimes, more than 2.2 million women of chilbearing age live in a maternity care desert, counties in which access to maternity health care services is limited or absent, and the vast majority of them are women of color. If we expand the criteria, then an additional 4.8 million women live in counties with limited access to maternal care. Prenatal care is vital for catching the signs of premature birth as well as for monitoring the overall health of the mom and the fetus.

Racial disparities: Thankfully this issue has been getting more attention, but there is a lot of work to do. Maternal mortality (death) rates for women of color are more than 3.5 times that of white women. In addition to that, the rate of preterm births by women of color is considerably higher than that of their white counterparts. Researchers are just now turning their attention to the reasons behind this.

Environmental Factors: More research needs to be done on this area, however exposure to environmental chemicals, air pollution, and lead in drinking water have been shown to play a role in preterm birth. Because it’s nearly impossible to study these factors in isolation, scientists don’t know why they contribute to pre-term births. 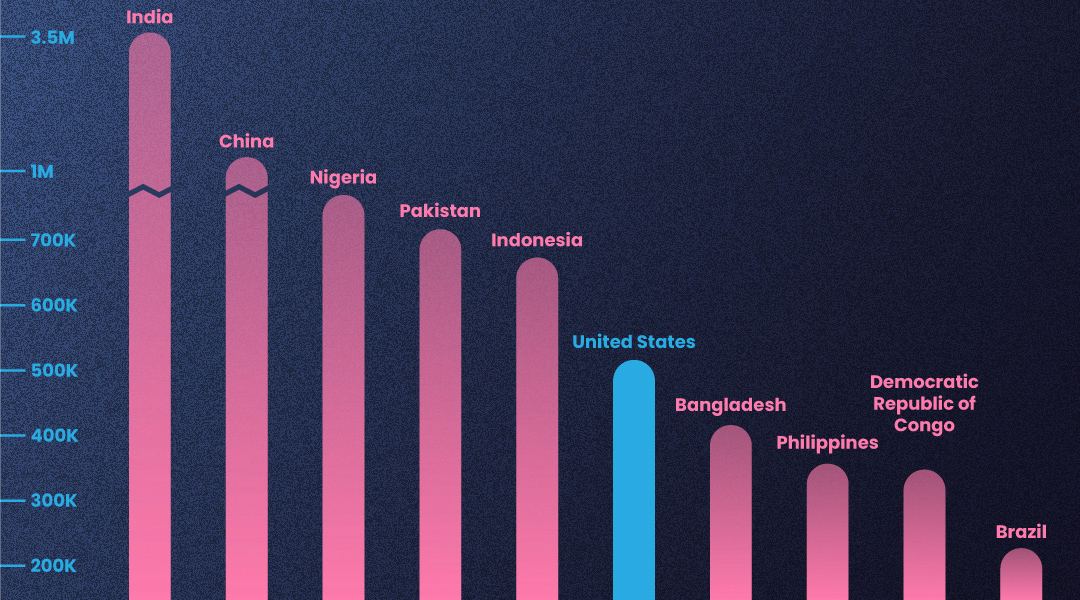 The 10 countries with the greatest number of preterm births

Effects of premature birth on babies

Thanks to medical advancement, the date at which a fetus is considered viable (able to live outside the uterus) has been getting earlier and earlier. Currently, twenty-four weeks is considered the age of viability. This does not mean that a baby born at twenty-three weeks can not survive, nor does it mean a baby born at twenty-seven weeks will survive. It is just the standard medical professionals have set for when they will intervene with lifesaving measures, such as intubation, on the baby's behalf.

While survival is step one, there are many more issues to consider with premature babies.

Some of the common long term issues preemies may face:

Visual Impairment: 25% of extremely premature infants are at risk of visual impairments usually caused by retinopathy of prematurity (ROP). ROP is when the baby’s retinas do not fully develop, which can cause the retina to detach.

Cerebral Palsy: Premature infants are at high risk of developing brain bleeds, which can lead to brain damage and cerebral palsy.

Dental Problems: Preterm babies are at a much higher risk of developing cavities due to enamel hypoplaisa, thin or absent enamel on the teeth.

Behavior problems: Studies have shown that children born prematurely are 2-3 times more likely to have ADHD than those born at term.

Mental Health conditions: Premature babies may be more likely to have anxiety or depression later in life.

More studies need to be conducted on the why - but the stress of being born early on a developing brain appears to have an impact on the prevalence of Autism in preemies.

Effects of premature births on families

Preterm birth doesn't just have long term effects on the baby; Parents, grandparents, and siblings are also impacted. More often than not, families have little to no warning that they will be delivering their baby early. This can be a traumatic and terrifying experience that throws a family into chaos.

Depending on how early the baby was born, families will need to adjust to life in the NICU. For the extremely preterm, this can mean a stay of 90 days or more. The impact of this on families is dramatic.

Financial Burden: The full cost of a NICU stay can be staggering, running anywhere from $240k to $4M depending on the extent of care and the number of babies. Even with good insurance, the out-of-pocket expenses can put families into debt. The burden grows as the baby leaves the hospital, as preemies often require additional care.

In 2007, the Institute of Medicine reported that the cost associated with premature birth in the United States was $26.2 billion each year. That number breaks down as follows:

In addition to the medical costs, the time commitment needed to care for a preterm infant forces many people out of the workforce. Once the child is home, they need more care than a typical newborn, which often leads to one parent taking on the role of primary caregiver. Together with the crippling medical debt, this may send a family into poverty.

Mental Health: Preterm birth, life in the NICU and caring for a child with special needs can have a dramatic impact on the mental health of parents and siblings. Studies have found higher rates of depression, anxiety, and stress in families.

For mothers, who are often the primary caregiver, the impacts of preterm birth can really add up.

So, now that we know all about the impacts of premature birth on babies and families, now what? Now for the hope. Just because your baby is born early and possibly has long term physical or mental disabilities doesn’t mean life is over. In fact, it is just beginning. Preemies are fighters. Preemie parents are resilient. Preemie siblings are superheroes. All of this together means that your plan and picture for your family may be different but it is still wonderful.

If you think you might be giving birth prematurely, or know someone who is facing the NICU in the near future, Pinwheel’s Head of Operations, Melissa Harris, has just published a book called “One Pound, Twelve Ounces: A Preemie Mother’s Story of Loss, Hope and Triumph.” It’s a heart wrenching, educational, and sometimes hilarious account of her long journey to give her micro-preemie a fighting chance at life.

The many faces of autism