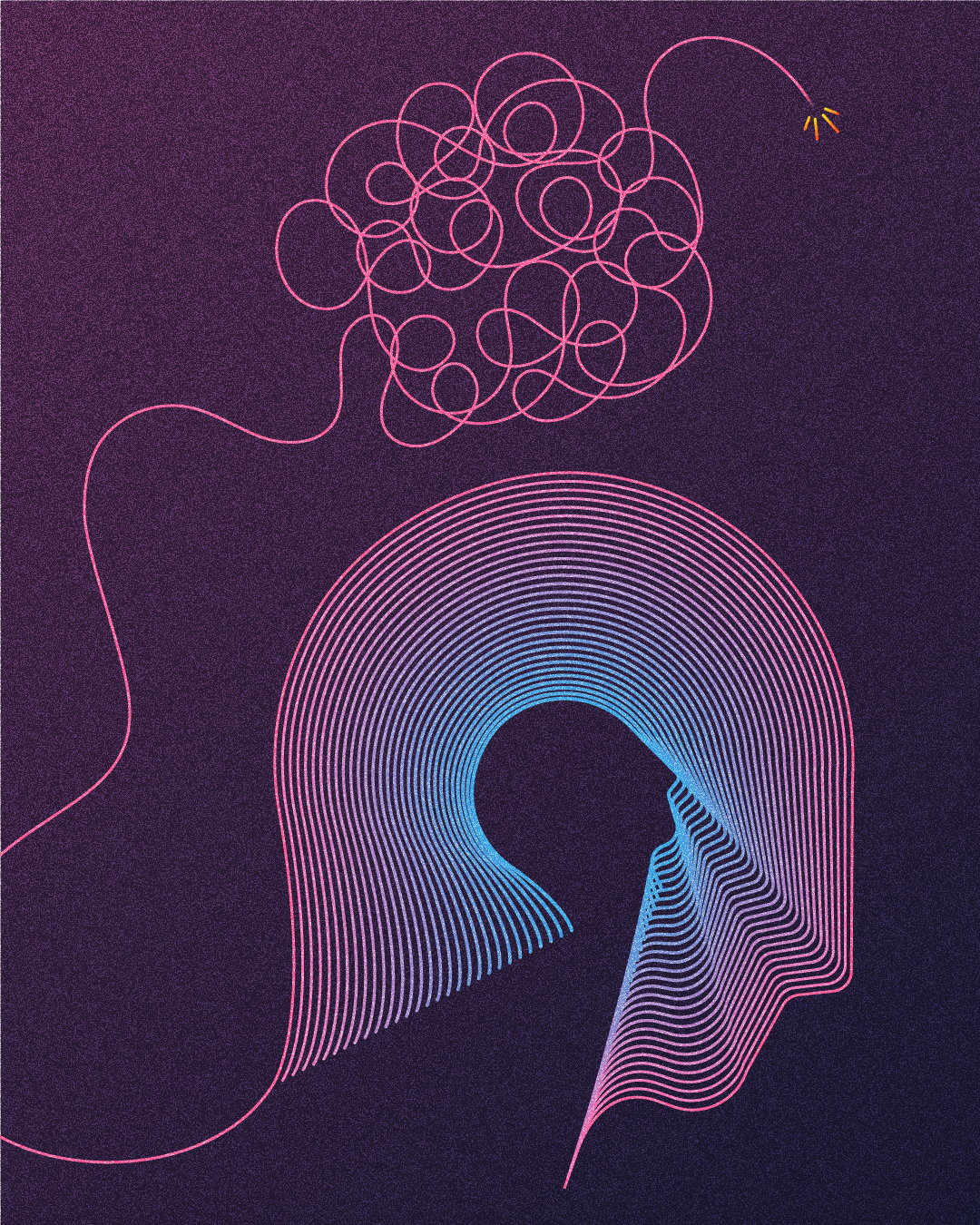 Are we all high on anxiety?

Some instincts may be sabotaging our health.

Are Covid times really all that bad? Was 2020 the absolute worst year to be alive? Why is everyone freaking out about wearing masks?

Comparing this moment to other points on the human timeline, COVID-19 is a cakewalk. Harvard professor and historian Michael McCormick recently made the case that the toughest year to be alive would have been almost 1500 years ago, in 536 AD. That’s when a volcanic eruption in Iceland blotted out the sun and kicked off the coldest decade in thousands of years. Famine, plague and the fall of the Roman Empire followed. So, just a smidge worse than having to put a tiny piece of cloth over your nose and mouth.

In fact, out here in the west at least, the 2020s are downright splendiferous… with our historically high quality of life, low crime, advanced healthcare, easy access to food and clean water, and relatively low-casualty wars. We’re living longer, getting smarter, and, compared to the industrial age, we’re working reasonable hours (unless you work at a startup). We’re more likely to be killed by a Black Friday stampede than a terrorist attack. So why all the crazy-making? Shouldn’t we be thanking our lucky stars instead of wringing our hands? It’s a wonderful time to be alive, no?

Why are we so anxious?

Anxiety is anticipatory fear – fear about what will happen in the future. In other words, how awesome life feels right now matters far less than what you think might happen later. And we’re drinking from a firehose of worrisome information about what might happen later. In 536 AD, they didn’t have that firehose (or running water). But we have (cue the trumpets) the Internet(!), which is a valuable source of terrible news like:

For the most part, these things haven’t happened. And yes, we should have a healthy concern about some of these issues (climate change in particular). But we spend far too many of our waking hours fixated on vaguely plausible catastrophes. Even with our big brains, it’s too much to process for a species that’s only had daily newspapers for 0.165% of our earthly existence. Now we’re consuming 100,000 words a day, and much of it is freaking us the fuck out.

The onslaught of info-horror, combined with the agenda of those publishing it (more clicks = more better) means that our sense of what’s happening around us, our very reality, is constantly being disrupted and challenged in ways that are designed to upset us.

Take Twitter for example – basically a collective primal scream set to death metal music. Facebook is the same horrifying parade but with sprinkles of puppies and baby showers. Where’s the good news? Where are all of the wonderful solutions? As author Mark Manson puts it, “We’re too aware of all that is awful in the world.” The corollary is also true: we’re ignorant of all that is wonderful in the world.

If you think about information as something that feeds you intellectually, emotionally, and spiritually, then our everyday diet of doom, gloom and OMFG is like living on Popeyes Cookie Dough Chicken Tenders and Mountain Dew Sweet Lightning. Barf.

Most of us prefer the bad news

Truth is, we’re completely hooked on this unhealthy balance of information. We actually favor the cortisol-producing info over the oxytocin-producing info (oxytocin is the feel-good hormone). This is due to a cognitive bias inherent in humans called “negativity bias.” Even when positive and negative events are of equal magnitude, we still perceive the negative event as being more potent. Some people get so excited by the sensations of being anxious that they become addicted to it.

Let’s take the January 6 capital attack for example. Constantly in the news, it was a terrible event that calls into question the future survival of our democracy. Profoundly troubling, yes, but also mesmerizing. How is this drama going to unfold? Will we find a web of lies and guilty GOP congresspeople? Will our democracy eventually collapse? This story has a far more powerful hold on our attention than the one about exciting new technologies that could end global warming – a direct, tangible threat to our existence. The anxiety it produces is a rush. Sort of like meth. Yet the danger to us that may arise from the violent overthrow of our government is still very conceptual, vague and distant.

There’s an evolutionary reason for negativity bias. Historically, those more attuned to danger were more likely to survive and hand down those anxiety-producing genes. But now this evolutionary advantage seems counterproductive. Not only is it making us miserable, it’s kind of, well, killing us. 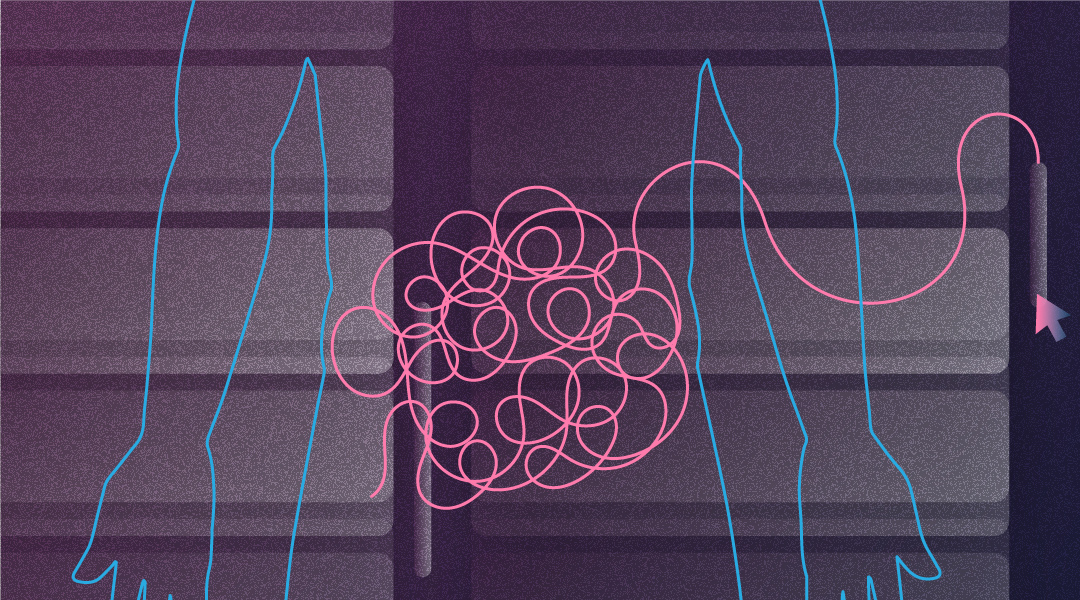 Anxiety is a health crisis

While anxiety is a collection of disorders that exists in the brain, the effects can ripple through your entire body. When you feel anxious, your brain floods your nervous system with chemicals like adrenaline and cortisol to help you respond to a threat. Long-term exposure to these substances can produce multiple negative health effects such as:

Anxiety can also lead to hypertension, headaches, breathing problems, fatigue, stomach upset, and, the most unfun of them all, loss of libido.

Are you addicted to anxiety?

Anxiety isn't a great feeling, but for many people it’s a familiar one. In the absence of more pleasant emotions, a person can be tempted to default to the dreadful, yet comfortable feeling of impending doom and relentless “what if’s” instead. Maybe they grew up with it. Maybe they see it as a self-administered psychological cattle-prod jolting them into some kind of productive action. Maybe, in some strange way, it makes them feel ready for anything. And maybe any bad outcome is digestible if they’ve already prepped for the worst.

If you are mesmerized by bad news, can’t stop checking social media, feel anxious when separated from your devices, amplify issues instead of downplaying them, and seem to always have a new, perhaps unique worst-case-scenario to play with, then yes, you are probably hooked on anxiety (Quiz).

Or do you just have a lot to be anxious about?

Then again, maybe you have plenty of solid reasons for being anxious. Whether it’s due to money, work, relationships, health issues, or family dynamics, the number of American’s reporting anxiety was on the rise even before the recent pandemic. As you might expect, the global pandemic helped anxiety rates increase by 6.3%, and the number of people looking for help with anxiety skyrocketed by 93% over the previous year. Young people, minorities and the less educated suffered the most.

How to chill out

A Google search about “how to manage anxiety” will trigger an avalanche of self-help articles touting the benefits of meditation, exercise, journaling, reducing alcohol, quality sleep, and avoiding the news. Yes yes yes and yes to all of those things.

A little perspective couldn’t hurt either. Our quality of life is exponentially better than our ancestors. We are all the result of a single sperm beating out 1,000,000 others. We are infinitesimal specks in an infinite universe. It’s been 12,800 years since the last global cataclysm. So be grateful and don’t let “the information” about what might happen someday make you more anxious than you need to be.

Instead, spend your time and emotional energy on the things you can reasonably influence. Things like how much money you spend, how you respond in certain situations, how well you take care of (and love) yourself and how well you take care of your relationships. It also helps to go see a therapist once in a while– an idea that Americans seem to appreciate more than ever before.